1.  Find a suitable tree, or similar sturdy object, and wrap the Super Tug strap around the base of it, joining the two metal D-Rings together with the metal Quick Link as seen in Photo 1. 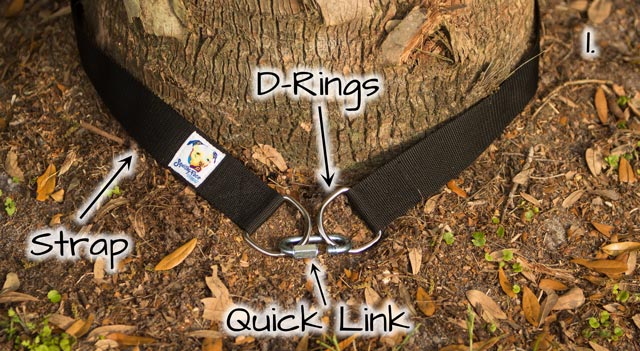 2.  Thread the Bungee Cord through the loop of the Tug Toy and then attach both Bungee Cord Loops to the metal Quick Link as seen in Photo 2. 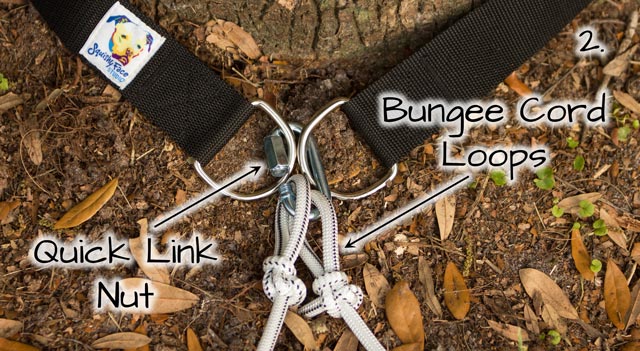 3.  Twist the threaded nut built into the Quick Link until the link is closed securely.  The Super Tug should now be ready to use as seen in Photo 3. 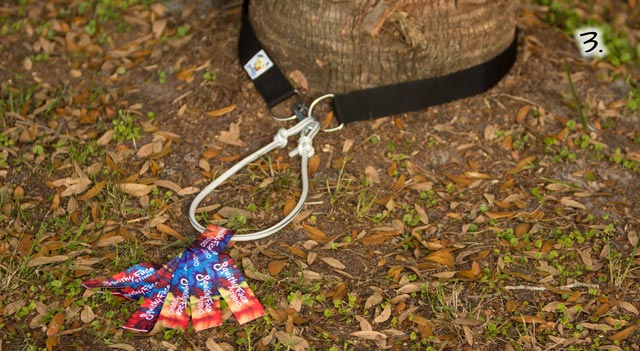 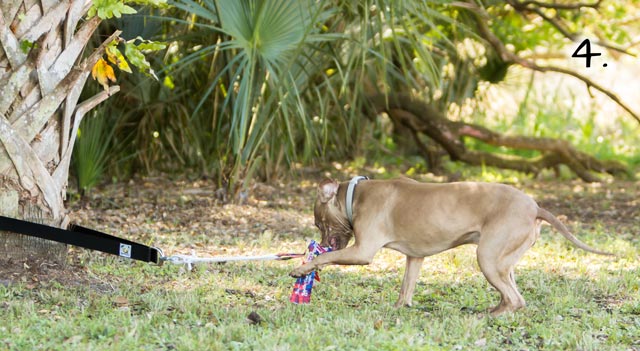 Our products are not intended for use by children. Please contact us if you have any questions or problems at 1-888-407-2829.